My daughter recently had her 17th birthday, so I thought I would show you what I did for her birthday.
My inspiration for her birthday started from the movie "17 Again". Since these were the digits for her birthday - I decided to go with a movie theme. I started with an invitation to look like the movie poster. 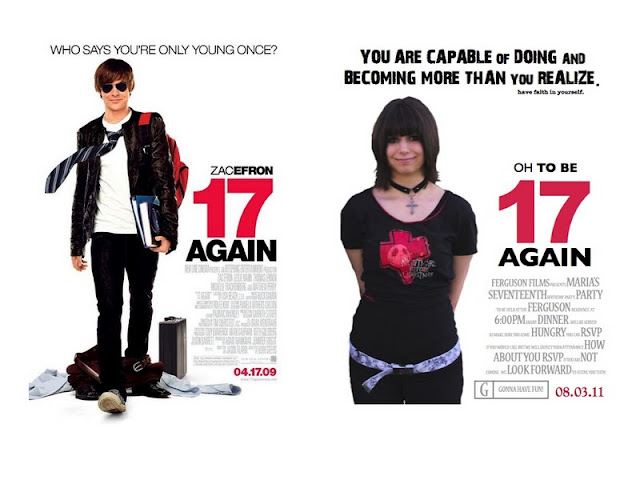 I can't say that I go too crazy with decorations and such. I decided to make gourmet hot dogs for dinner with onions, red and green peppers, pickled banana peppers, chili, cheese, gourmet relishes and of course your basics - mustard, ketchup, mayo.  Instead of the usual chips, I decided to go with flavored popcorn. I put taste tester servings in muffin cups. The flavors I had were Kettle Corn, Spicy Nacho, White Cheddar and Salt and Vinegar. These were all Orville Redenbacher microwave popcorns. I also bought popcorn twists. So yummy. 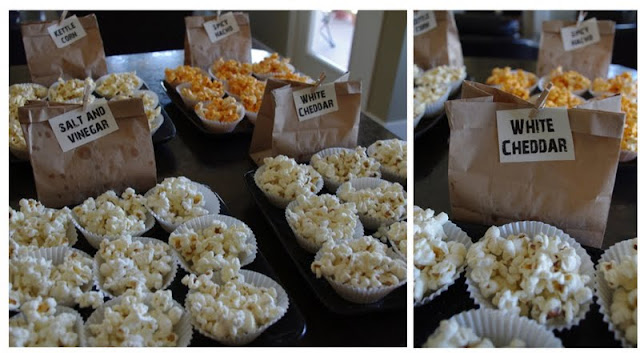 For entertainment, I made a slideshow of the birthday girl. The picture below is my computer screen. I got my daughter to make a movie curtain out of poster board and then I taped it on my computer. I used the song -"Man, I Feel Like a Woman" by Shania Twain for the slideshow. This was my daughter's favorite song when she was four. 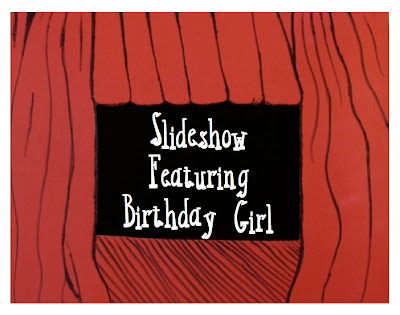 I like to do different things when we open gifts. This year we played charades. Each slip of paper had a title of a movie on it. Some of the movie titles were: Planet of the Apes (I think the funniest one to act out), Dancing With Wolves, Snow White and the Seven Dwarfs, The Sound of Music, Forest Gump, Gone With the Wind, and Nightmare Before Christmas. The person acting could either act out the title, or act out a scene from the movie. The birthday girl started - and whoever guessed the right movie - she opened the gift from that person - then that person would act out a movie title - so on and so on. We had some good laughs.

A few years ago I started taking a picture of the b-day girl with all the guests. I thought it would be fun to have the pictures with some photo props - movie star style.  Here is a link to where I found some photo props. We also had a wig - and I bought some fancy glasses from the $ store that were fun to use for props. I saw the idea to put popcorn kernels in a jar on Pinterest - check it out HERE. 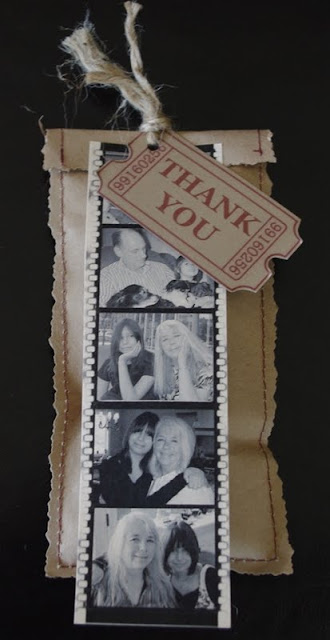 And the last thing I will show you is the "thank you's" we gave out at the end of the party. I made a filmstrip of each of the guests in attendance and filled it with pics of the birthday girl and that person.
I made a bag out of kraft wrapping paper - put a bag of M&amp;amp;amp;M's inside, and adhered on the film strip tag and a thank you movie ticket tag. I topped it off with some twine.

I hope this gives you some ideas for your next party. Thanks for stopping by. Posted by Sue@creativetryals.blogspot.com at 8:22 PM