April Fools - Is it a Cake or a Sandwich? 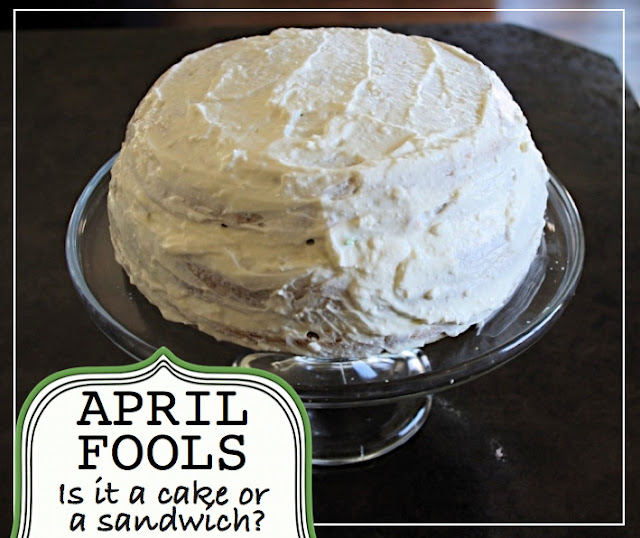 It is a sandwich. A deluxe layered sandwich!! 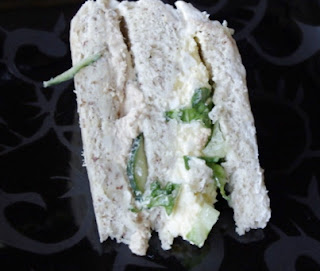 I saw a really neat Swedish sandwich on Pinterest that I wanted to try for April Fool's Day.
Check out this incredible sandwich HERE on a blog called Panini Happy. I had to skip a few steps like the hard boiled eggs, shrimp, radishes and parsley on the outside of the sandwich, as that would be a total give away that it isn't a cake. This is what I did.... 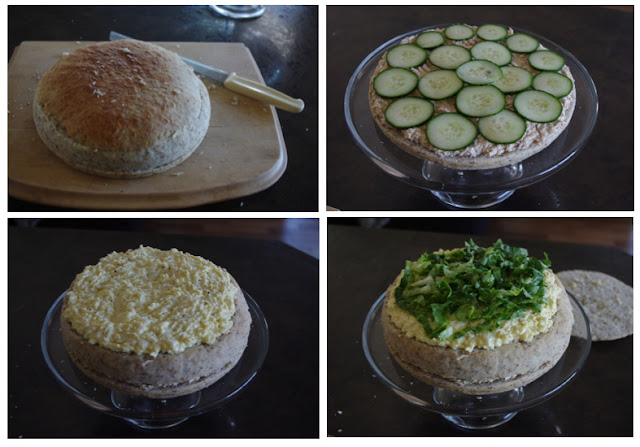 1. I baked bread in a spring form pan. I used a white bread recipe and replaced some of the white flour with ground flax. I cut the bread into thirds. Leave the spring form bottom on so it can easily be transferred to the fridge until you are ready to eat.
2. I made salmon salad and spread it on the bottom layer of the bread - topping it with sliced cucumbers.
3. I put on the middle layer of bread and spread egg salad on it - topping it with sliced Romaine lettuce.
4. I put the top of the bread on and iced it with a cream cheese/sour cream icing (half a cup of each).

I was a little worried about how the sandwich would taste - but it was tasty! I am thinking of doing this again but trying out some other layers like avocado and shrimp, chicken salad and deli cuts.


For April Fool's Day in the past I have made a meat loaf and iced it with potatoes to look like a cake. What I like about this idea is that you don't have to worry about it getting cold while you ice it.

I hope this gives you some ideas!!!
Thanks for stopping by!

Linking up to...
It's a Hodgepodge Life
Tatertots and Jello
Posted by Sue@creativetryals.blogspot.com at 5:57 PM