It was my daughters birthday this past week. I wanted to make a "sweets" display. Here is the finished product..... 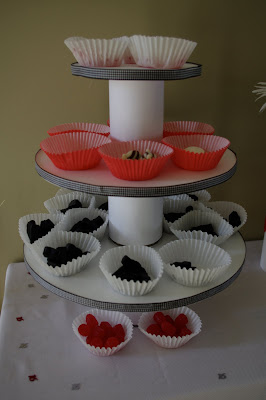 I made three all together. This is how I made them. I bought three sizes of round cardboard cake boards.... 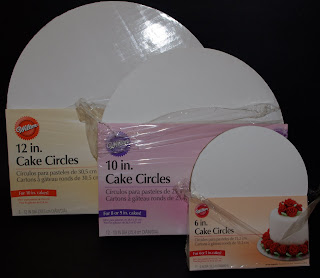 I doubled them up, gluing right sides together and then put a trim of ribbon around them. 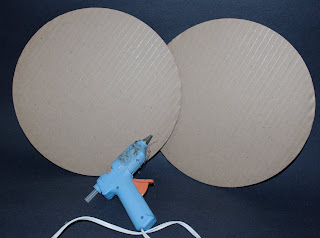 I wanted to use these again, so I put shelf liner on them to make them easy to clean. I made three of these stands so I thought I would try one without the liner to see if it made a difference. 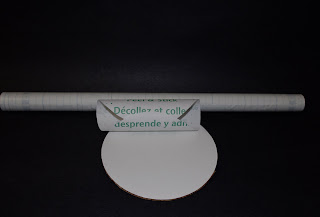 There are some really neat shelf liners around. I bought this liner a while back, and if I had more I would have used it. It would have been really pretty. The store I bought this from didn't have any more either. 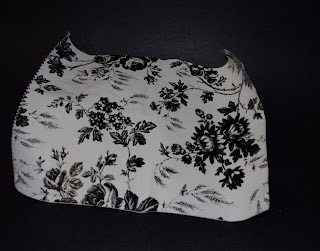 I used three different sized cans. Clam Chowder was in the biggest can, beans in the middle size and soup in the smallest. I trimmed paper to fit and glued it to the can. 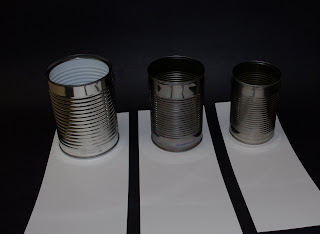 Now glue all the pieces together. I marked the boards before I started gluing to make sure I was gluing the can in the middle. All the boards except the smallest will have two marks. After all the can marks were on the boards, gluing was a snap as I didn't have to guess where the middle was. 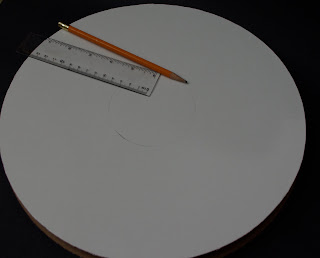 Somethings that need to be worked out: I used hot glue for all my gluing as I thought it would be the best; however, one of my three stands came apart. I will have to do some more experimenting with what type of glue would work best. The shelf liner worked good for cleaning; however, some of it lifted. I just pressed it down and it stuck again. I am not sure if it will still be sticking over a few months. 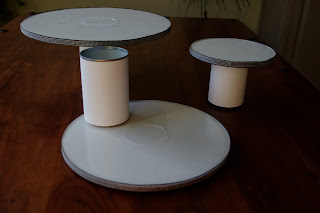 I made water bottle labels as well. Pictured with the water bottle is a vase I made out of a cardboard tube that I covered with white paper and fancy felt ribbon. 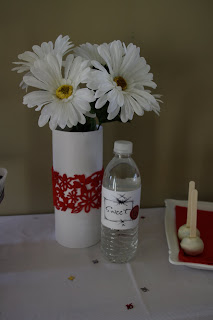 Here's a picture of the "SWEET" display 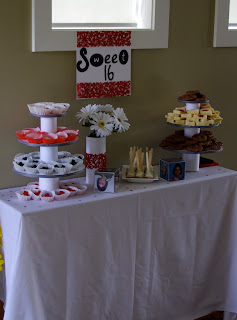 Posted by Sue@creativetryals.blogspot.com at 9:46 AM

Email ThisBlogThis!Share to TwitterShare to FacebookShare to Pinterest
Labels: Tutorials