Okay, the fruit flies have been driving me crazy. I have tried many things to get rid of them, but none of them were very effective. Then my friend told me about cider vinegar in a bowl with plastic wrap on top and holes poked in it. I had heard about, and tried, yogurt in a bowl with the same idea, but it did not work well. The cider vinegar works awesome! I didn't like the look of a bowl so I wanted to try something different....... 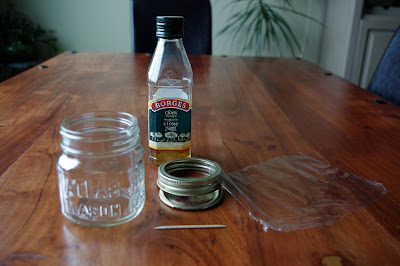 I took a small jam sized canning jar, poored a tiny bit of cider vinegar in the jar, put a piece of plastic wrap over the jar and tightened on the ring part of the lid. 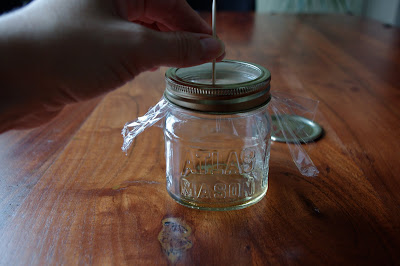 Then I poked about half a dozen holes in the plastic with a toothpick. 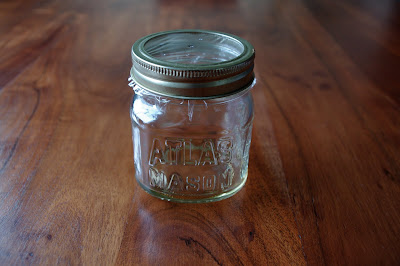 I then trimmed the plastic. Immediately upon completion, I had my first customer land on the jar, and within two minutes the fruit fly was captured. AWESOME!!!
Posted by Sue@creativetryals.blogspot.com at 1:12 PM