I have made one of these albums for almost everyone in my family and I am still going.  The idea came about after a few deaths in my family. I wasn't sure if those people who meant so much to me, really knew how I felt about them. I also felt some of the pain my mother in law experienced when she didn't have many physical, personalized items to turn to from her daughter, who was tragically taken from her. She desperately needed that card or letter from her daughter that said - "I love you mom".

My family gave this to my father in law for his birthday, although I did want it to be his father's day gift. I have given these albums for Christmas gifts, birthday gifts, anniversary cards/gifts, and Valentines gifts. The envelope album idea came from the Pine is Here blog and Heather Nichols gives a great tutorial how to make it. I didn't use the square envelopes she used, but rather, I used the envelopes that fit a full 8 1/2 x 11 sheet, folded or cut in half.
Here is what I did for the album for my father in law.... 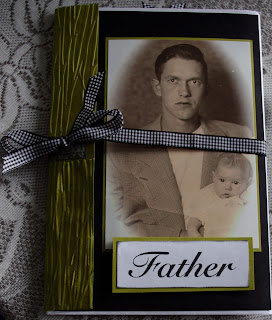 I took pictures of pictures that related to the personal things I wanted to add to the albums. I picked a favorite picture for the title page. For all my male albums so far, I have used black, white and green as my color combinations. 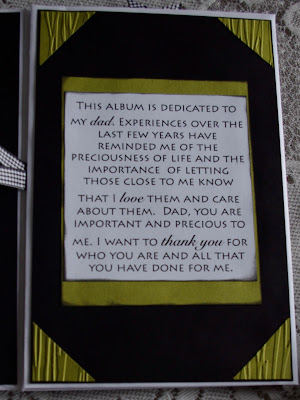 On one of the pages in the album (that didn't have an envelope pocket), I added a dedication page, explaining the intent of the album, and a note of thanks. 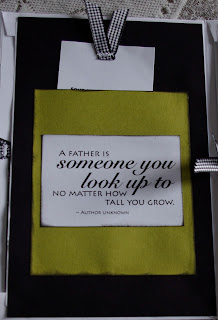 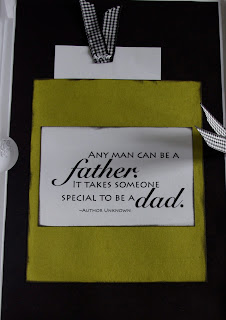 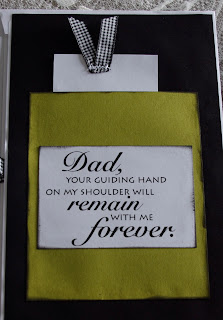 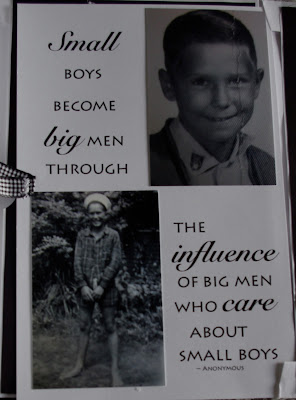 Here is the back page of the envelope album. Again, more pictures and quotes. 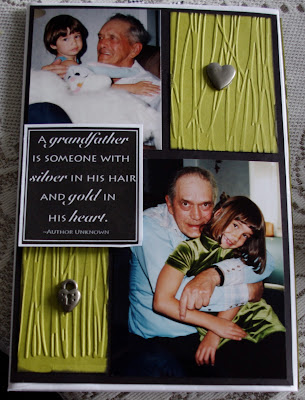 These albums are very well received. Who doesn't like getting an album of appreciation? Who doesn't like being told that they hold a special place in one's heart? Telling others how much I care for them was something I knew I needed to do more of,  and I loved the idea of sharing those feelings in a creative way.  I wasn't sure what one of my brother's would think, but I was surprised how much he liked his album, and the bigger surprise was how much his thirteen year old son (at the time) liked it.

So go ahead and create that album of appreciation for your dear ones who have a special place in your heart.