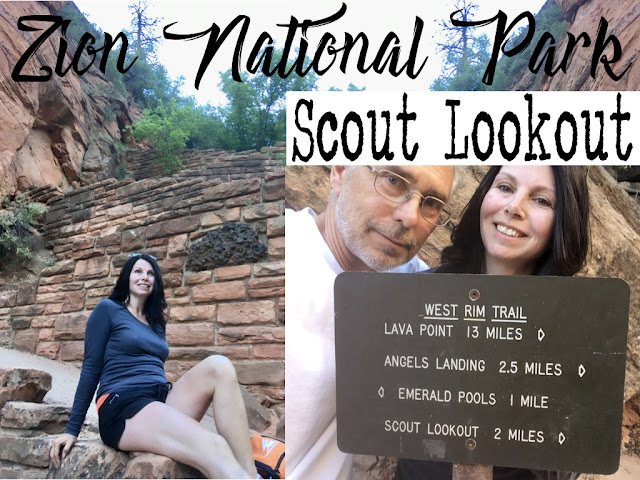 Zion was awesome! Here is one of the trails we hiked that contributed to the awesomeness - Scout Lookout

The thought of hiking Angel’s Landing gave me great anxiety. I watched some videos that
freaked me out - so yeah, doing Angel’s Landing was not an option. One video I watched showed just walking up to Scout Lookout and then deciding if you want to carry on! I was
excited about that suggestion and made this the plan!

How much time do I need?
*answers are based on my experience and different circumstances could change the outcomes*
Take your time and enjoy the view. One of the young men mentioned they were in a hurry as they wanted    to do the narrows before dark. I don’t think they would have had enough time. It is tempting to cram a lot in a day - but if you can - take it easy - and be safe.

What time of day should I go?
-  I was originally planning a morning hike, but I was excited to get into the park and do something. A huge concern for me was the heat and the crowds. We left our room about 5PM and were at the Grotto stop by 5:30. The shuttle in the park at this time had plenty of room. There were no line ups for the bathroom at the Grotto Stop. There was hardly anyone on the trail. It was smoking hot that day - 100 degrees. Going at this time was not a problem. The sun was behind the mountain and we were in the shade. 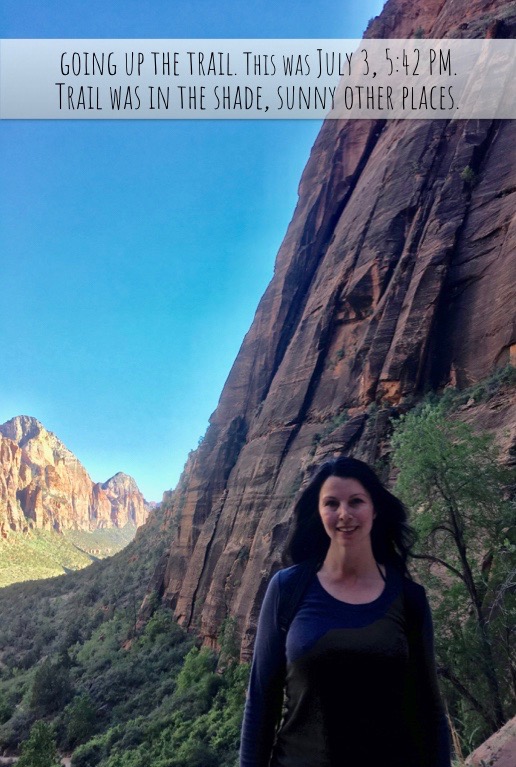 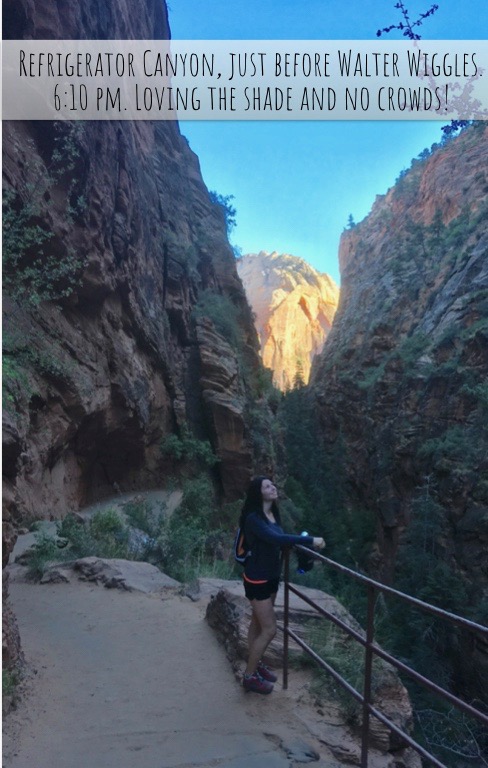 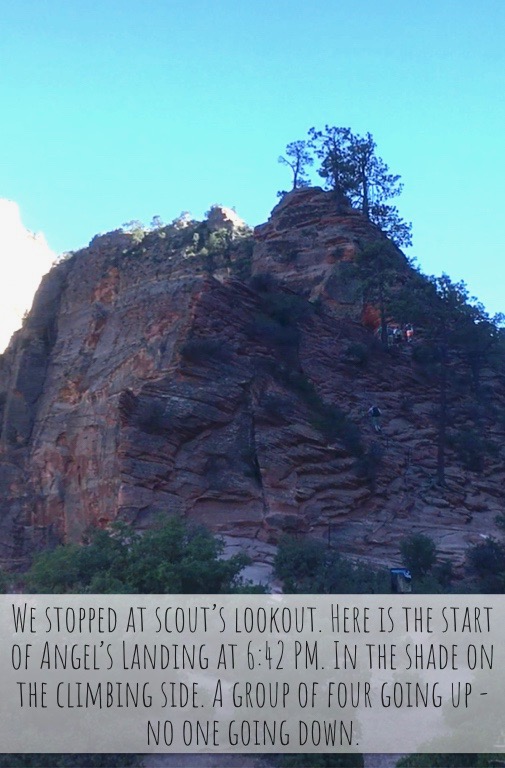 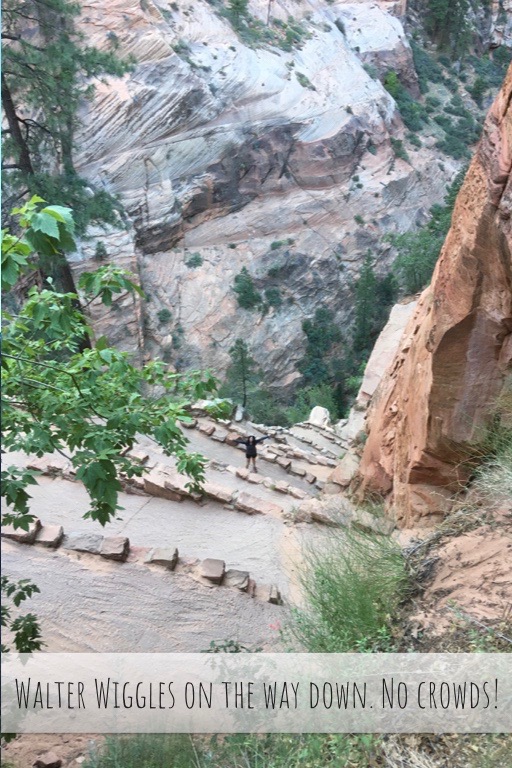 What should I bring with me?
Do I need to prepare anything?
I loved this hike and definitely recommend it for adults and older children that are carefully looked after.