A Greenies Experience at the Narrows - Zion National Park 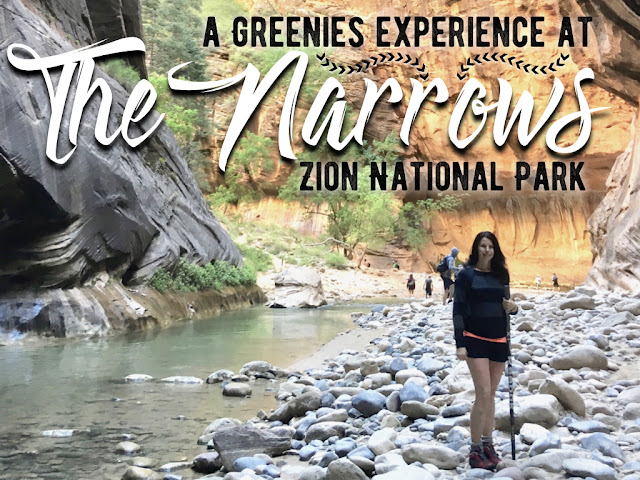 I loved the thought of hiking the narrows. I read lots of posts about the hike. I did some preparation
to make this hike the best experience I could.

How much time do I need?
*answers are based on my experience and different circumstances could change the outcomes*
I studied this out and the information I got was very accurate! I planned on 6 hours and did it in 5 1/2. Here is a breakdown.

What time of day should I go?
From my studies - a lot of people suggested to go early to beat the crowds. We decided the day before the hike that we would drive and park at the museum (shuttle stop 2 in the park). We liked the parking there as there were parallel parking options which should mean less door dings. We ended up leaving our hotel a little later then planned because we wanted to eat the continental breakfast which wasn’t served until 6AM. We drove to the park a little after 6:30 - the first shuttle in Springdale would have picked us up at around 7:15, but shuttles in the park start at 6AM. There were about half a dozen others waiting at this shuttle stop. When the shuttle came to pick us up - it was full. We managed to squeeze in and I was standing beside the bus driver. It was a good view out the front window - I just had to hold on for my life. The driver was nice and carefull. I wasn’t sure if we were going so slow because the driver wanted to be cautious or if we were so weighed down the shuttle could not go any faster. We were packed in there like sardines! The other stops had people waiting - but could not get on as the people on the shuttle were getting off at stop 6 (Angel’s Landing) or stop 9 (The Narrows). It was busy even early in the morning. There was a line up for the bathrooms at the shuttle stop. It helped being at the front of the shuttle as I got to the bathrooms at the head of the pack. Once we started on the river walk the crowd thinned out as some people were still at the bathrooms - while others did not stop there. On the hike back it was nuts. It was July 4, so I was expecting it to be busy. We managed our way through the crowds that were in the river and on the river trail. The shuttle bus was not as busy coming back.
Leaving early was good - but don't expect it not to be packed already.

What should I bring with me? 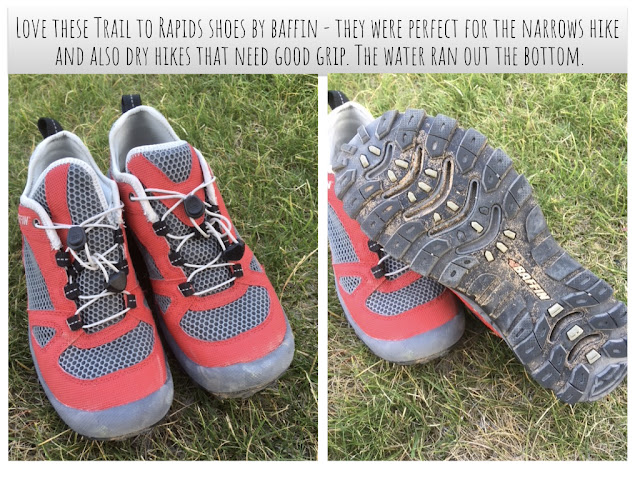 Do I need to prepare anything?

There are some things I wish I did: 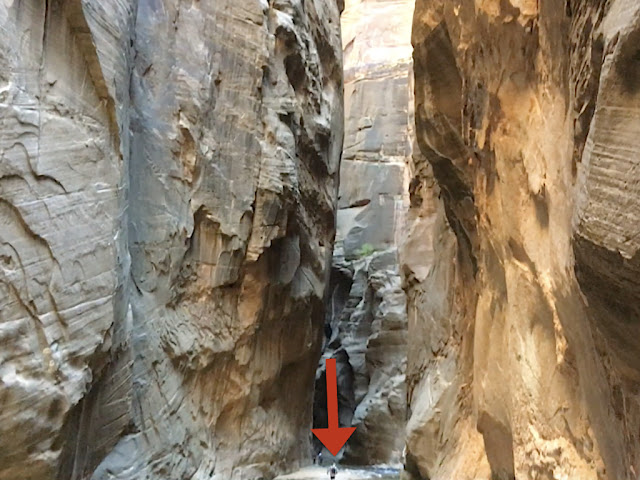 closest picture of my husband trekking through the water. A close up would have been good. 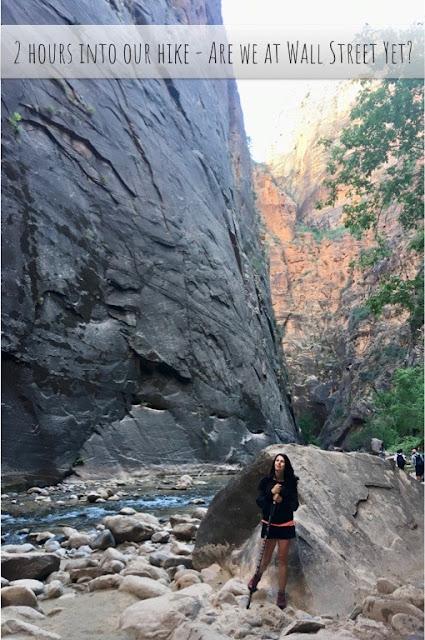 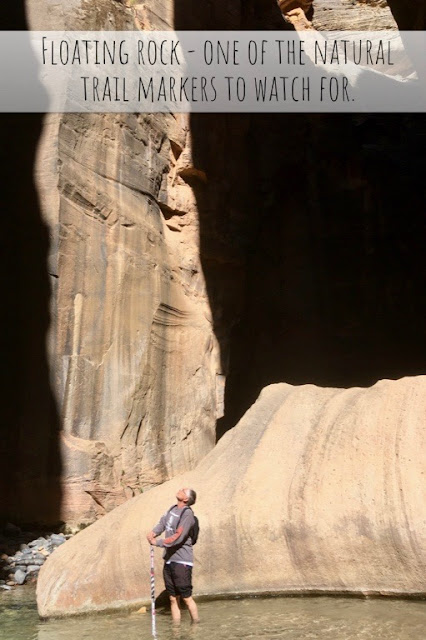 What an awesome hike! Go prepared and have fun!

Posted by Sue@creativetryals.blogspot.com at 2:47 PM