I borrowed a Panini cookbook from the library that had over 200 panini recipes in it. This was the first recipe I tried from that book because I had all the ingredients - and boy is it good. I made this again yesterday - mmmmm. I doubled the recipe and was able to cook up three large tortillas and three small ones. You should give it a try....
Here's the recipe: 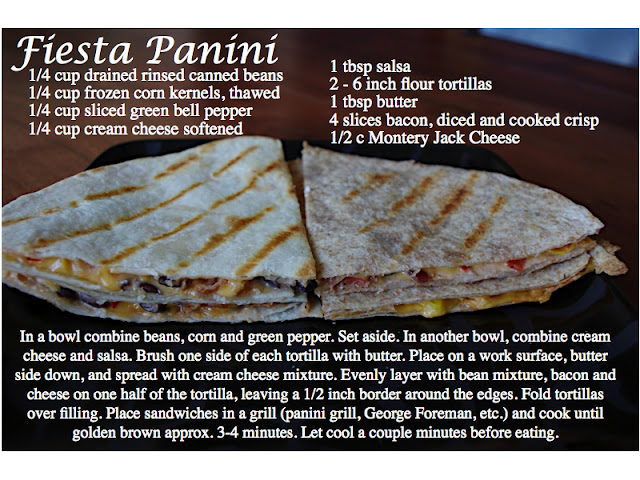